内容简介：A new study shows why smart companies should focus on recruiting more women into their IT organizations. Currently, the IT sector employs just one woman for every seven men. A new study shows why smart companies should focus on recruiting more women into their IT organizations. Currently, the IT sector employs just one woman for every seven men.

The new study, “Gender Diversity and Community Smells: Insights from the Trenches,” follows up on previous research showing software engineering teams with more women tend to communicate better. But do people working in software understand the importance of gender diversity on communication quality?

Apparently not. The researchers found both men and women underrating the importance of women in software engineering teams. In some cases women rated gender diversity as less important than men.

The study also indicates that gender exclusion is a self-reinforcing problem. They found that the less experience someone had with mixed-gender teams, the more likely they were to discount the importance of gender diversity.

So why does communication matter in software engineering? And what does gender have to do with anything? Let’s dig into the research.

The importance of communication in software engineering

Suboptimal communication practices costs companies an estimated $37 billion per year. Software engineering is no exception to the rule.

“In software engineering, communication is a crucial factor in project success,” the authors of the study write. A previous paper by the same team, “Gender Diversity and Women in Software Teams: How Do They Affect Community Smells?” demonstrated that the presence of women on a team improves communication and collaboration.

These two papers are part of a body of research into so-called “social debt.”

Social debt is analogous totechnical debt in software engineering. Both types of debt result from “accumulated” decisions concerning people and their interactions, and will similarly gum up the works if organizations don’t pay it off.

Similarly, “community smells” are analogous to code smells, which are choices in software that often lead to critical flaws or failure. The authors define community smells as “patterns indicating suboptimal organization and communication of software development teams that can lead to unforeseen project costs.”

For the study, the authors looked at four types of community smells:

Previous studies have shown that women are fundamental to reducing community smells and avoiding accumulating social debt for teams in other industries. But these studies show that women increase team efficiency and organizational quality on software engineering teams specifically. Teams with no women have 7 mean community smells compared to 3 for teams with at least one woman. These results are statistically significant (p-value < 0.05) and have a large effect size (d=0.68).

This paper looked at whether people who work in software are aware that gender diversity positively impacts team communication. To find out, the team surveyed 60 software practitioners across a variety of roles, including Software Analysts, Delivery Managers, Project Managers and Developers.

The software pros agreed that good communication skills are fundamental to success. But they largely disagreed with the idea that the gender makeup of a team impacts that team’s communication.

Some software workers responded idealistically with responses like, “Gender should not matter.” But it’s interesting to note that people with less experience with gender-diverse teams were less likely to recognize how much gender matters. This makes sense, as previous research has shown that people tend to minimize the importance of factors they know less about.

Research indicates companies are foregoing considerable profits by failing to hire and retain female talent on their software engineering teams. And one reason they’re failing to focus on gender is that they don’t realize how important it is to communication effectiveness, and by extension, revenue.

This research also points out how gender exclusion can be a self-reinforcing problem. If you’ve never experienced or have little experience with mixed-gender teams you likely don’t understand how powerful they are. Studies like this can help break that cycle by showing hiring managers that even if they haven’t experienced gender diversity themselves, there’s still solid evidence that it will help the company’s bottom line.

Cathy Reisenwitz is Head of Content at Clockwise where she oversees the Clockwise Blog and The Minutes Newsletter. She has covered business software for six years and has been published in Newsweek, Forbes, the Daily Beast, VICE Motherboard, Reason magazine, Talking Points Memo and other publications.

Get started for free 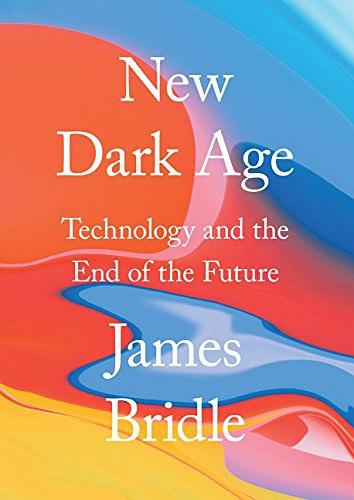 As the world around us increases in technological complexity, our understanding of it diminishes. Underlying this trend is a single idea: the belief that our existence is understandable through comput......一起来看看 《New Dark Age》 这本书的介绍吧!