内容简介：We have been busy recently on the Wayland Goal.A few of those points were already highlight onThe changes I mention here will be present in Plasma 5.19, but they are exhaustive.

We have been busy recently on the Wayland Goal.

A few of those points were already highlight on Nate's excellent blog . But some were missing, and I wanted to highlight those dedicated to Wayland with more context.

The changes I mention here will be present in Plasma 5.19, but they are exhaustive.

Vlad improved subsurface clipping , it means the compositor can do less work and better figure out what to paint and not to paint. It is most visible for applications like Firefox that uses a lot of Wayland surfaces. D29131 kwin!5

With D29250 the resizing of XWayland windows has become smoother and matches X experience. This still needs next version of XWayland 1.21 to work though.

And KWin has had more changes under the surface.

The KWayland library has been split library into two libraries. One KWayland contains the regular KWayland::Client stuff but the new kwayland-server contains now the KWayland::Server part.

Because KWayland is part of KDE frameworks it is released monthly, independently of Plasma releases, and we have to care about not breaking the API when making changes. But on the other hand KWayland::Server is only ever used by KWin, so it added some churn to the development of KWayland::Server which was not needed. Now KWayland-server will have a Plasma release cycle same as KWin, and will simplify our workflow evolving our Wayland compositor implementation. New depot is at https://invent.kde.org/plasma/kwayland-server .

The task manager can now bring forward multiple windows of the same program and remembering in which order they are stacked together bug patch 1 patch 2 patch 3 and patch 4 .

Kscreen Osd are now usable, allowing you to to setup a newly connected screen and identify your plugged-in screen bug D28817 D28818 D28916 Thanks to the way Wayland is architectured, we can add features than are impossible with X server. For instance in plasma 5.19 in Wayland you will be able to setup a scrolling speed for mice and touchpads. D28331 D28310

But our journey is far from over.

Our goal is in part to make Plasma run in Wayland by default allowing pixel perfection, real security in the display server, better performance and overall better architecture.

The road is still long to reach feature parity with the venerable X based sessions. So we need as much people to help whether it is for testing, hacking code or reporting bugs.

There is a Plasma virtual Sprint starting right now spawning two weeks, where a lot of people involved in the Goal will participate. I invite you to join-in : Plasma virtual sprint 2020 .

Also Drew DeVault released a great book about Wayland you can read at https://wayland-book.com/ to better understand Wayland inner-workings. 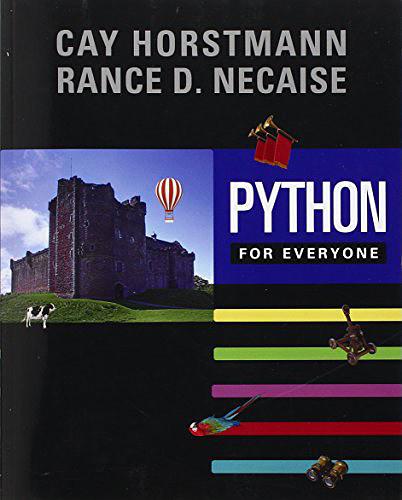 Cay Horstmann's" Python for Everyone "provides readers with step-by-step guidance, a feature that is immensely helpful for building confidence and providing an outline for the task at hand. "Problem S......一起来看看 《Python for Everyone》 这本书的介绍吧!