Akamai just blocked the biggest DDoS attack in the history

内容简介：A DDoS attack is a type of denial of service (DoS) attack where a network of compromised systems are used to target a single device, application, or network to disable it from providing services to users.Akamai added that they recieved and blocked a huge f

The Biggest DDoS Attack in the History

Akamai just blocked the biggest DDoS attack in the history.

What is a DDoS Attack?

A DDoS attack is a type of denial of service (DoS) attack where a network of compromised systems are used to target a single device, application, or network to disable it from providing services to users.

The biggest DDoS Attack in History

Akamai just announced that they detected and blocked what may be one of the largest DDoS attack in the history of DDos Attacks in terms of packets per second.

Akamai added that they recieved and blocked a huge flood of packets recorded upto 809 Million packets per second.

Akamai could not identify the reason behind the attack (ie, to use the DDoS as a distraction) but the security team stated that the bank in question usually keeps facing these kind of DDoS attacks, so it might just be a new (and biggest) of a number of attempts to make the service offline.

What seemed weird to the Akamai researchers was how the attack started and ended (or was mitigated) such rapidly.

“The attack grew from normal traffic levels to 418Gbps in seconds, before reaching its peak size of 809Mpps in approximately two minutes,” Akamai said. “In total, the attack lasted slightly less than 10 minutes.”

Although, AWS claimed in May it mitigated a 2.3 Tbps flood against a target, Akamai still claims that it stopped a bigger attack, in terms of packets per second.

The attack was not only large in terms of traffic, but the source of the attack was also huge. The botnet wrangler behind the attack was in command of a huge amount of infected PCs, many of them being utilized as part of a DDoS attack for the first time ever.

These DDoS attacks will keep on happening, what can you do to prevent them or stay protected?

With a good and secure VPN , all your Internet activity is routed through a secure tunnel, hiding your IP from any kind of intrusion. An attacker will only be able to see the IP address of a VPN and not yours, thus, they will not be able to attack your network.

Content delivery networks ease the indications of a DoS or DDoS assault by absorbing a lot of information. In case of an assault, all the traffic is absorbed by the CDN’s broad system of servers so it never gets to you.

Utilizing a CDN won’t just secure your site against huge floods of traffic but also increase the speed of your page loading times as well.

- Use a Strong Firewall

By utilizing a powerful firewall, you can stop undesirable system access and remain shielded from the various kinds of DDoS assaults we’ve referenced previously. Firewalls are the main line of protection for your website or gaming server as they prevent unapproved access.

We’d suggest picking aproxy firewall framework as they go about as mediators between systems, making it hard for a DDoSer to assault you.

Yes, DDoS attacks can be very damaging to your network, but with the use of these preventive measures, you can avoid getting attacked with huge amounts of traffic floods. 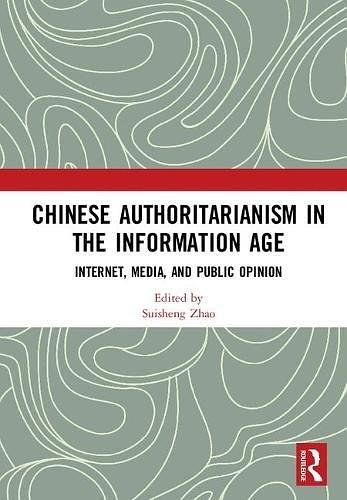 Chinese Authoritarianism in the Information Age

This book examines information and public opinion control by the authoritarian state in response to popular access to information and upgraded political communication channels among the citizens in co......一起来看看 《Chinese Authoritarianism in the Information Age》 这本书的介绍吧!