内容简介：Fancy tracking the ISS’s trajectory? All you need is a Raspberry Pi, an e-paper display, an enclosure, and a little Python code. Nicola King looks to the skiesStanding on his balcony one sunny evening, the perfect conditions enabled California-based astron

Fancy tracking the ISS’s trajectory? All you need is a Raspberry Pi, an e-paper display, an enclosure, and a little Python code. Nicola King looks to the skies

Standing on his balcony one sunny evening, the perfect conditions enabled California-based astronomy enthusiast Sridhar Rajagopal to spot the International Space Station speeding by, and the seeds of an idea were duly sown. Having worked on several projects using tri-colour e-paper (aka e-ink) displays, which he likes for their “aesthetics and low-to-no-power consumption”, he thought that developing a way of tracking the ISS using such a display would be a perfect project to undertake.

“After a bit of searching, I was able to find an open API to get the ISS location at any given point in time,” explains Sridhar. I also knew I wouldn’t have to worry about the data changing several times per second or even per minute. Even though the ISS is wicked fast (16 orbits in a day!), this would still be well within the refresh capabilities of the e-paper display.”

His ISS Tracker works by obtaining the ISS location from the Open Notify API every 30 seconds. It appends this data point to a list, so older data is available. “I don’t currently log the data to file, but it would be very easy to add this functionality,” says Sridhar. “Once I have appended the data to the list, I call the drawISS method of my Display class with the positions array, to render the world map and ISS trajectory and current location. The world map gets rendered to one PIL image, and the ISS location and trajectory get rendered to another PIL image.”

From there, the images are then simply passed into the e-paper library’s display method; one image is rendered in black, and the other image in red.

Little wonder that the response received from friends, family, and the wider maker community has been extremely positive, as Sridhar shares: “The first feedback was from my non-techie wife who love-love-loved the idea of displaying the ISS location and trajectory on the e-paper display. She gave valuable input on the aesthetics of the data visualisation.”

In addition, he tells us that other makers have contributed suggestions for improvements. “JP, a Hackster community user […] added information to make the Python code a service and have it launch on bootup. I had him contribute his changes to my GitHub repository – I was thrilled about the community involvement!”

Housed in a versatile, transparent ProtoStax enclosure designed by Sridhar, the end result is an elegant way of showing the current position and trajectory of the ISS as it hurtles around the Earth at 7.6 km/s. Why not have a go at making your own display so you know when to look out for the space station whizzing across the night sky? It really is an awesome sight.

Get The MagPi magazine issue 96 — out today

The MagPi magazine is out now, available in print from the Raspberry Pi Press online store , your local newsagents, and the  Raspberry Pi Store, Cambridge .

Subscribers to the MagPi for 12 months to get a free Adafruit Circuit Playground , or choose from one of our other subscription offers, including  this amazing limited-time offer of three issues and a book for only £10! 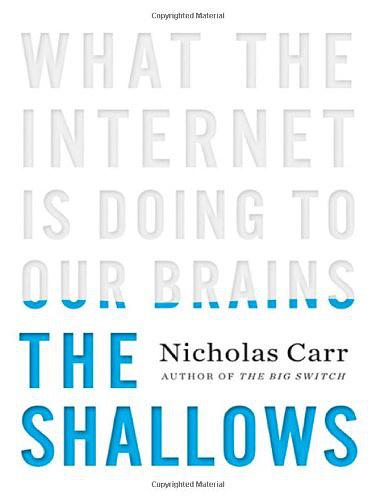 "Is Google making us stupid?" When Nicholas Carr posed that question, in a celebrated Atlantic Monthly cover story, he tapped into a well of anxiety about how the Internet is changing us. He also crys......一起来看看 《The Shallows》 这本书的介绍吧!