Plotinus – A searchable command palette in every modern GTK+ application

内容简介：–Have you used Sublime Text's or Atom's "Command Palette"? It's a list of everything those editors can do that opens at the press of a key and finds the action you are looking for just by typing a few letters. It's raw power at your fingertips.Plotinus bri

A searchable command palette in every modern GTK+ application

Have you used Sublime Text's or Atom's "Command Palette"? It's a list of everything those editors can do that opens at the press of a key and finds the action you are looking for just by typing a few letters. It's raw power at your fingertips.

Plotinus brings that power to every application on your system (that is, to those that use the GTK+ 3 toolkit). It automatically extracts all available commands by introspecting a running application, instantly adapting to UI changes and showing only relevant actions. Using Plotinus requires no modifications to the application itself!

Just press Ctrl+Shift+P () and you're in business – it feels so natural you'll soon wonder how you ever lived without it.

To build Plotinus from source, you need Git, CMake, Vala, and the GTK+ 3 development files. All of these are easily obtained on most modern Linux distributions:

Because of the complexity and clumsiness surrounding Linux environment variables, Plotinus is currently not enabled automatically. The easiest way to enable Plotinus for all applications on the system is to add the line

to /etc/environment , where [libpath] is the full, absolute path of libplotinus.so , which can be found using the command

Alternatively, you can try Plotinus with individual applications by running them with

Plotinus can be configured both globally and per application. Application settings take precedence over global settings. In the commands below, [application] can be either

Note that the relevant path is the path of the process executable , which is not always identical to the executable being launched. For example, all GNOME JavaScript applications run the process /usr/bin/gjs .

[keys] must be an array of strings in the format expected by gtk_accelerator_parse , e.g. ["<Primary><Shift>P", "<Primary>P"] . Each shortcut in the array opens the command palette.

See the following section for details.

Plotinus provides a simple but complete D-Bus API for developers who want to use its functionality from their own software. The API consists of two methods, exposed on the session bus at com.worldwidemann.plotinus :

Calls to these methods are processed by the Plotinus D-Bus service, which can be started with

The following examples demonstrate how to use the D-Bus API from Python. They require pydbus to be installed and the Plotinus D-Bus service to be running.

Before running this example, enable window registration with

Then, run an application (e.g. gedit) with. Now run the script with the window object path as an argument, i.e.

Based on this Argos plugin , uses Plotinus' command palette to display a list of applications available on the system.

Documentation on GTK+ modules is essentially nonexisting. Without gtkparasite and gnome-globalmenu to learn from, it would have been a lot harder to get this project off the ground.

The CMake modules are copied verbatim from Elementary's pantheon-installer repository.

Vala is still the greatest thing ever to happen to Linux Desktop development.

Contributors are always welcome. However, please file an issue describing what you intend to add before opening a pull request, especially for new features! I have a clear vision of what I want (and do not want) Plotinus to be, so discussing potential additions might help you avoid duplication and wasted work.

By contributing, you agree to release your changes under the same license as the rest of the project (see below).

Released under the terms of the GNU General Public License, version 3 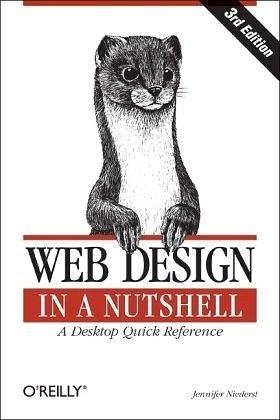 Web Design in a Nutshell

Are you still designing web sites like it's 1999? If so, you're in for a surprise. Since the last edition of this book appeared five years ago, there has been a major climate change with regard to web......一起来看看 《Web Design in a Nutshell》 这本书的介绍吧!