When you think of 3D printing , you probably imagine a structure being created layer by layer, from the bottom up. Now, researchers from Switzerland's EPFL say they have developed a completely new way of creating 3D objects, with unprecedented resolution and in record time.

The method draws on the principle of tomography -- the technique for displaying a representation of a cross section through a solid object, using x-rays or ultrasound . To make an object, a photosensitive resin is illuminated from multiple angles, with the accumulation of light helping to solidify the resin. In other words, the object comes together as one solid structure within the resin in one go, rather than segment by segment, as is the case with traditional 3D printing.

"It's all about the light," explains Paul Delrot, CTO of Readily3D, the company that has been set up to develop and market the system. "The laser hardens the liquid through a process of polymerization. Depending on what we're building, we use algorithms to calculate exactly where we need to aim the beams, from what angles, and at what dose."

The technology has a wide range of applications, but its advantages over existing methods -- namely the ability to print solid parts of different textures -- makes it well-suited for medicine and biology. The process could be used, for instance, to make soft objects such as tissue, organs , hearing aids and mouthguards. What's more, printing can take place inside sealed, sterile containers, which prevents contamination.

At the moment, the system is capable of making two-centimeter objects with a precision of 80 micrometers -- about the same as a strand of hair. However, the team anticipates developing the technique to the point whereby bigger objects -- possibly up to 15 centimeters -- are possible. "The process could also be used to quickly build small silicone or acrylic parts that don't need finishing after printing," says Christophe Moser,head of EPFL's Laboratory of Applied Photonics Devices. As such, interior design could be a potentially lucrative market for the new printer. 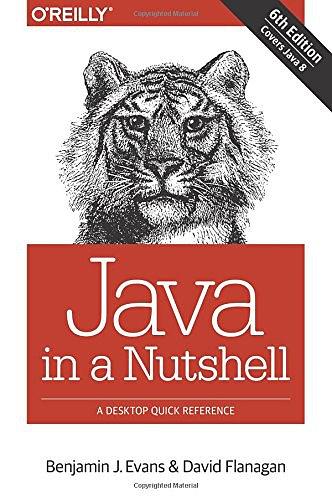 Java in a Nutshell, 6th Edition

The latest edition of Java in a Nutshell is designed to help experienced Java programmers get the most out of Java 7 and 8, but it's also a learning path for new developers. Chock full of examples tha......一起来看看 《Java in a Nutshell, 6th Edition》 这本书的介绍吧!