Dyna-Kinematics – A 2D physics simulator with some unique features

A 2D rigid-body dynamics simulator with some cool features for generating beautiful animations. When I was in university I took a class on numerical methods. In that class I was taught many different algorithms for fitting curves, interpolating polynomials and splines, and numerically integrating and differentiating.

The funny thing is that I was taught how to do all those things by hand. I was never asked to implement any of those algorithms in a computer, which felt wrong because they are clearly designed to be executed by a computer.

Since then I have wanted to rectify that wrong by taking what I learned to do by hand and using it to build something cool. The result of that desire is this project, which illustrates the basics of:

The simulation controller allows users to:

The simulation viewer displays simulations in real-time and it can be resized to fit the bounds of a scene.

The libraries used by this project and their purposes are the following:

For information on the techniques used by this project to detect and resolve collisions, see the "Physics" section at the end of this document.

Below you will find a description of how this simulator evolved over time, each step illustrated with GIFs recorded in the simulator itself.

Note that in many examples I present the same GIF twice. The first time with the "Remember Frames" feature disabled, and the second time with the same feature enabled. Being able to visualize trajectories is my favorite thing about this project. The results can be very beautiful.

In the simulation below, notice how the velocity and angular velocity of the body change depending on the way it hits the walls. That's the magic of rigid-body dynamics. The point of contact and linear and angular effects are taken into consideration to produce results that look natural.

A single body floating in the vacuum of space.

This simulation reminds me of Saul Bass' beautiful poster for Vertigo.

The second step in the development process was to implement support for collisions between bodies. This type of collision can occur in two different ways: between two vertices or between a vertex and an edge.

An important part of resolving a collision is knowing what your collision normal is. In a vertex-edge collision, the collision normal is simply the normal of the edge. But what about vertex-vertex collisions? Vertices are simply points, so they don't have normals. There are many ways to calculate an appropriate normal for this type of collision. In my case, I chose a really simple one: the collision normal is the line that connects the centers of mass of the two colliding bodies. This is a deviation from reality, but it produces good looking results:

Two bodies of equal mass floating in the vacuum of space.

The simulations so far probably look a bit cartoony to you. Are we really simulating physics here? Or are we just reflecting velocity vectors when bodies collide to get good looking results?

A cool way to confirm that we are simulating real physics is to visualize momentum and torque in action. This is possible because the collision response equations take a body's mass, center of mass and moment of inertia into consideration.

In the simulation below you can see momentum in action:

As for torque, you can see it in action in the simulation below:

A body (pink) getting hit by another body (turquoise) as far away from its center of mass as possible.

This simulation has a Miami Vice feel to it.

It is time for a confession: all the simulations that I have showed you so far only made use of impulsive forces.

What is an impulsive force? You can think of it as a force that's so powerful, that even when it's integrated over an infinitesimal period of time it still causes a change in the momentum of a body.

In this simulator, impulsive forces are applied when a collision occurs to instantaneously change the linear and angular velocities of the colliding bodies, so as to keep them from penetrating.

But why do we need impulsive forces at all? Why can't we just apply a force and integrate it over time to resolve a collision? The problem is that when we detect a collision, the two rigid-bodies involved in that collision are almost touching since they are within the collision threshold, which is a really small distance. And in this simulator, rigid-bodies are perfectly rigid, which means that they are impenetrable. So how do we keep them from penetrating? We can't apply a force and integrate it over time because we literally don't have enough time to do that. The two bodies are almost touching, so if we take that approach they will certainly penetrate. That's why we need a discontinuous change in their velocities, which can only be achieved by applying a powerful force over an infinitesimal period of time, that is, an impulsive force.

So now that you know that I have been tricking you with impulsive forces this whole time, you might be wondering if this simulator can actually integrate forces over time. The answer is yes! It uses the classical 4th order Runge-Kutta method to integrate any force you want. The simulations below show gravity in action:

A body rolling down a hill thanks to gravity.

Note that the body doesn't rest at the bottom of the hill because I configured the simulation so that no energy is lost when a collision occurs. I did this using the coefficient of restitution (COR), which models how much of the incoming energy is disipated during a collision. By setting the COR equal to 1, I made all the collisions perfectly elastic, which means that no energy is lost when they occur. If I had set the COR equal to 0, all the incoming energy would have been lost in the first collision, which would have been a perfectly plastic collision. Anything between 0 and 1 varies the amount of energy that is lost.

When I started working on this project this was the image that was always in my head. A red body rolling down a hill tracing its trajectory. It felt great when I saw it on the screen for the first time.

And below are similar simulations, but this time going uphill:

A body bouncing up a hill against gravity.

This simulation is super bouncy because all of its collisions are perfectly elastic.

The last and most challenging step in the development process was to implement support for resolving multiple collisions in a single timestep.

To understand what "resolving multiple collisions in a single timestep" means, let's first take a step-by-step look at how the simulations that I have shown you so far have been executed:

The key thing to note is highlighted in step four: we resolve the first collision we find and we ignore any other collisions . That is what I set out to change in this final step of the development process. I wanted the simulator to be able to resolve any collisions that occur simultaneously in a scene. This is tricky because there are many situations to account for, like for example:

The possibilities are endless. My solution to this problem involves resolving collisions independently and then combining the results by calculating average linear and angular kinetic energies. It is a complex process that I plan to explain in a separate document. I will update this section once I do.

For now, I can at least show you some of the cool possibilities that this feature opens up:

Simultaneous collisions in the vacuum of space.

The total energy of this system is always the same.

My favorite example of simultaneous collisions is a stack of bodies:

A stack of bodies settling down thanks to gravity and a COR of 0.5.

Without the ability to resolve multiple collisions in a single timestep this simulation would get stuck because it would only resolve one collision and allow all the other colliding bodies to penetrate.

By setting the COR to 1.0, one gets a really funny result: a stack of bodies that never settles down.

And if you are going to simulate a stack of bodies, you might as well throw something at it:

A stack of bodies being hit by another body.

In this final section I want to step away from the technical details and just show you some fun simulations, just to remind you that physics simulation is a tool that you can use to bring creative ideas to life.

First up is a simulation in the vacuum of space in which I mirrored the positions of the bodies in the scene and their velocities to create symmetry:

A dance of symmetry.

Second up is a simulation of eighty bees inside a behive:

Beloved bees. The pillars of our societies.

Thankfully, this simulation is not accurate. Bees fly much better than this.

Third up is a simulation in which the body in the middle behaves like a wall:

The purple body weighs 1,000,000 kilograms while the others weigh 1 kilogram. Because of this, the purple body is not affected in any way by the collisions with the other bodies.

This is my favorite simulation in this entire document. I love how all the remembered frames of the purple body line up perfectly.

The walls in this simulation were drawn by hand using a Wacom tablet and 3ds Max. Their vertices and normals were then imported into the simulator to produce this GIF. (Thanks to my sister Ana Carina for teaching me how to use her Wacom tablet).

This simulation makes me think about the possibilities that open up when you start simulating physics in a platformer, although it also reminds me of an Albino Burmese Python.

My objective with the core of this project, which is the code that detects collisions and resolves them, was to keep it as simple as possible. Because of this, I sacrificed performance in order to avoid anything that would be too difficult to understand. The most relevant aspects of the core are the following:

I always try to keep the code of my open source projects clean so that it can be useful to others. Unfortunately, that's not the case with this one.

I got carried away exploring new ideas and libraries, and I ended up neglecting clarity and organization in the process. The end result is perfectly stable and really fun to use, but not something worth studying yet.

Once I clean up the code and add a feature that allows users to describe scenes in text files using a simple scene description language (so that they don't have to modify the code to create new scenes), I will update this readme with instructions on how to build this project.

For now, if you are interesting in learning more about rigid-body dynamics and physics simulation in general, I recommend you get started here:

This one is for my mom and dad. Thank you for taking care of me during the pandemic. 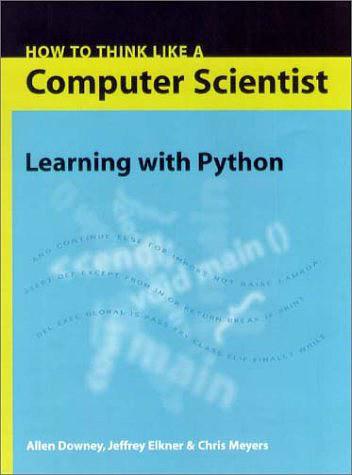 How to Think Like a Computer Scientist: Learning with Python