What’s the deal with OLDNAMES.LIB?

Set the time machine to 1988. The C language has not yet been standardized. Everybody had their own libraries for doing stuff, and some of them even pretended to be compatible with each other. The Microsoft C compiler, for example, came with a bunch of functions like unlink and stat to provide sort-of compatibility with Unix-sort-of source code.

And then the C standard was ratified in 1989. Now things got interesting, because those functions were not part of the C standard. Standard-conforming C programs were welcome to define functions with those names, and the rules say that this is perfectly legal and are not references to the identically-named Unix-like functions.

Now, there was a lot of code written for the Microsoft C toolchain that used these sort-of-Unix-ish functions, and renaming those functions would cause those programs to break.

The Microsoft C library renamed these Unix-ish function to have a leading underscore. So unlink became _unlink , and so on. A program that didn’t use the Unix-ish library functions could define its own function called unlink , and everything would work just fine. But if the program actually wanted to use the unlink function from the Unix-ish library, this magic library OLDNAMES.LIB would step in.

The OLDNAMES.LIB library doesn’t contain any code of its own. Rather, it contains name redirections that say, “Hey, I have a symbol called unlink , in case you were looking for it. Wait, you want to know what this symbol represents? Um, it represents a symbol named _unlink . Good luck with that.”

If the linker cannot find a symbol named unlink , it turns to OLDNAMES.LIB as a library of last resort, and that library resolves the symbol unlink , but replaces it with an unresolved symbol named _unlink . The linker then goes through the symbol resolution process again, and this time it finds _unlink in the regular C library.

The net result is that your attempt to call the function unlink got redirected to the function _unlink , but only if you didn’t already have a function named unlink .

You can suppress the OLDNAMES.LIB library in various ways, most notably by passing the /NODEFAULTLIB flag, which can be abbreviated to the somewhat enigmatic /NOD . 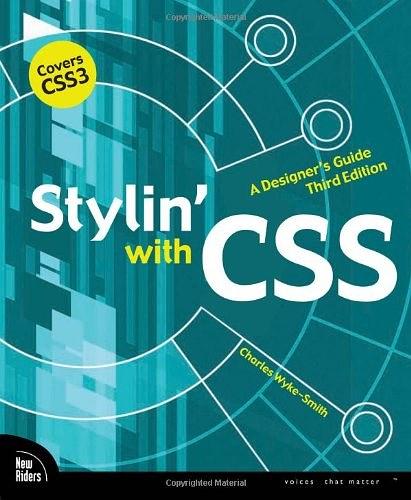 In this completely revised edition of his bestselling Stylin' with CSS, veteran designer and programmer Charles Wyke-Smith guides you through a comprehensive overview of designing Web pages with CSS, ......一起来看看 《Stylin' with CSS》 这本书的介绍吧!